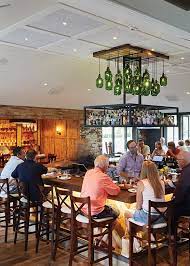 After 20 years as the best fine dining restaurant in New Jersey and one of the best in the country, Chef Nicholas Harary and his wife, Melissa have introduced a bold, new concept, Nicholas  Barrel & Roost, that has raised the bar for casual style restaurants. They continues to produce outstanding food, but in a more relaxed setting. Gone are the white tablecloths and formal service. In its place is a modern farmhouse interior with a delightful al fresco patio. Lunch and weekend brunch are now served. The select drinks menu makes use of the season’s freshest ingredients and highlights liquors from Nicholas’ private-barrel stash, made exclusively for him under his direct guidance. The well-appointed bar also features craft beers on tap as well as an expertly curated wine collection.

The menu features some wonderful bar snacks like crispy chicken and Alabama white sauce, fried house made pickles and a raw bar with East and West Coast oysters and cavier.  Fans of the restaurant will notice menu item carry-overs like prime steaks, bourbon braised suckling 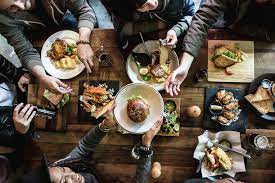 You will not be able to resist one of the decadent desserts like the Giant Chocolate Chip Cookie with Nicholas Creamery Bourbon Aged Coffee Ice Cream.

Nice selection of moderately priced wines by the glass like a Domonique Crochet Sancerre at $13. There’s also a selection of “Nick’s Top Picks Under $50.

ROMANTIC QUOTIENT: A table on the outside patio is private and intimate. 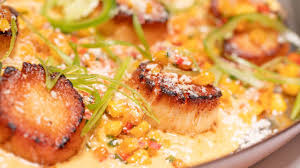 WHAT OTHERS SAY…
That first name, Nicholas, will be familiar to NJM readers, who have seen it grace every Best Restaurants list since the first one in 2007. But after a 20-year run, Nicholas and Melissa Harary have transformed Restaurant Nicholas, the avatar of contemporary fine dining in the Garden State, into a new, family-friendly eatery tailored to these times. New Jersey Monthly Magazine