OVERVIEW of The Roosevelt

Another New Orleans hotel with a long history, the 116 year old Roosevelt has been through a 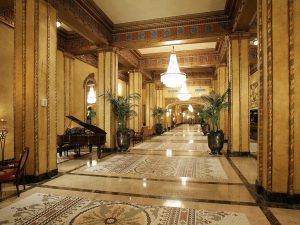 number of incarnations, the latest after the devastating Hurricane Katrina. Originally opened on New Year’s Eve at the stroke of midnight in 1907, the 500 room hotel was sold to Dimension Development after the hurricane in 2005 and a historic $170 million renovation restored the property to its former glory.

Its history is fascinating with a cast of celebrities, movie stars and political figures playing prominent roles. Sonny and Cher, Frank Sinatra, Judy Garland, Marilyn Monroe, dined or stayed here. Marlene Dietrich appeared in the Blue Room near the end of her career and had to request oxygen between songs. Douglas Fairbanks, Jr., Audrey Hepburn, Ginger Rogers, Bob Hope and Grace Kelly all made appearances at the Roosevelt. Presidents have stayed here and Huey Long, the controversial governor and Presidential candidate had his own suite at the hotel.

THE ROOMS at The Roosevelt

Guest rooms are moderately sized and elegantly decorated. Each features luxury linens, down 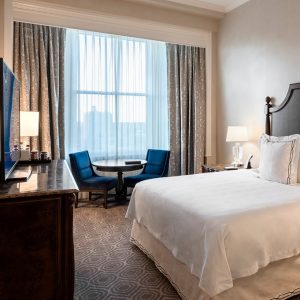 DINING at The Roosevelt 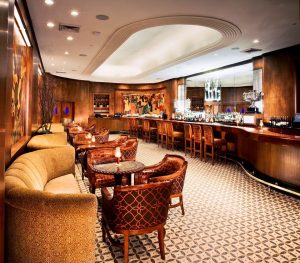 THE SPA at The Roosevelt

THE SERVICE at The Roosevelt 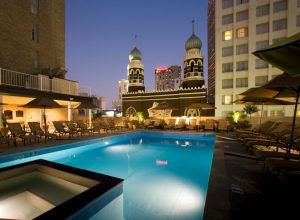 The only negative is that the hotel charges $15 per day for wireless connection. In today’s world, there should be no charge for wireless much less $15. Here’s another tip, park your car yourself. Overnight parking is a hefty $42.

THE RATES The Roosevelt

WHAT OTHERS SAY About The Roosevelt

AAA Four Diamond Award
“Enjoy the true feeling of historic New Orleans” at this “elegant” “oasis”, a blend of “old-world comfort and luxury” and “modern updates”, where “attentive” but “down-to-earth” staffers greet you in the “spectacular” lobby and “beautiful”, “well-decorated” quarters feature some of the “most comfortable” beds; the Waldorf Astoria affiliate is “steps away” from the French Quarter’s fine dining, but the “wonderful” on-site Sazerac Bar and “upscale” Italian eats are themselves “must-dos.” ZAGAT

PROMOTIONS at The Roosevelt