In 2017, we stayed at a new hotel called the Sagamore Pendry in Baltimore. It was a new brand

of the Montage luxury group of properties. We immediately became big fans because Pendry offered many of the same amenities, same level of outstanding service at a more mid-range price.

Now, just 4 years later there are Pendrys in Manhattan, Chicago, West Hollywood and San Diego. Plans are to add Park City, Utah, Washington, DC and Cincinnati over the next year or so.

Recently we stayed at the Pendry San Diego and our love affair with this hotel group has grown. Located downtown, in the heart of the historic Gaslamp District and a short walk to Petco Park and the Convention Center, Pendry San Diego is everything you would want in an urban hotel; beautiful rooms, excellent service, a variety of eating and drinking options and a spa and rooftop pool for recreation. You may never leave the property!

The hotel has 317 guestrooms including 36 suites and start at an ample 350 square feet. Decorated in soft pastels of blue and gray, the effect is warm and calming. Rooms feature floor 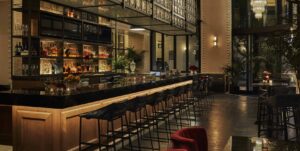 WHAT OTHERS SAY About Pendry San Diego

The Hotel has a rooftop fitness center and pool.  The Pool House is rooftop pool lounge serving food and drinks against the san Diego skyline.

The spa, located on the 3rd floor is inspired by San Diego flora and love of the sea, the Menu of Services features healing and beautifying Massages, Facials, Body Treatments and 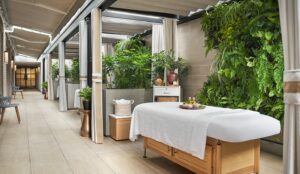 Nearby Things To Do
Destination Type: City